Oracle has provided several solutions to ensure and secure the database. An efficient security policy not only prevents the database against the database corruption or hacking threats but also minimizes the risk of unprivileged user access. Oracle Virtual Private Database (VPD) enables you to create security policies to control database access at the row and column level.
No comments:

Schemaless is one of the main reasons for interest in NoSQL databases. 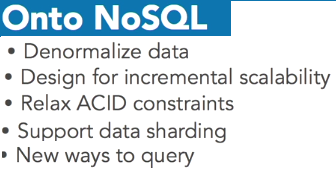 Email ThisBlogThis!Share to TwitterShare to FacebookShare to Pinterest
Labels: DevOps

The core of R is an interpreted computer language which allows branching and looping as well as modular programming using functions.
R was initially written by Ross Ihaka and Robert Gentleman at the Department of Statistics of the University of Auckland in Auckland, New Zealand.

As stated earlier, R is a programming language and software environment for statistical analysis, graphics representation and reporting. The following are the important features of R −

As a conclusion, R is world’s most widely used statistics programming language.

It is the #1 choice of data scientists and supported by a vibrant and talented community of contributors.

Though above comments will be executed by R interpreter, they will not interfere with your actual program. You should put such comments inside, either single or double quote.

Generally, while doing programming in any programming language, you need to use various variables to store
various information. Variables are nothing but reserved memory locations to store values. This means that, when you create a variable you reserve some space in memory.


There are many types of R-objects. The frequently used ones are −

The simplest of these objects is the vector object and there are six data types of these atomic vectors, also termed as six classes of vectors. The other R-Objects are built upon the atomic vectors.

When you want to create vector with more than one element, you should use c() function which means to combine the elements into a vector.

# Get the class of the vector.
print(class(apple))

While matrices are confined to two dimensions, arrays can be of any number of dimensions. The array function takes a dim attribute which creates the required number of dimension.
# Create an array.
a <- array="" c="" dim="c(3,3,2))</p" green="" yellow="">print(a)

Factors are the r-objects which are created using a vector. It stores the vector along with the distinct values of the elements in the vector as labels. The labels are always character irrespective of whether it is numeric or character or Boolean etc. in the input vector. They are useful in statistical modeling.

Data frames are tabular data objects. Unlike a matrix in data frame each column can contain different modes of data. The first column can be numeric while the second column can be character and third column can be logical. It is a list of vectors of equal length.

The values of the variables can be printed using print() or cat()function. The cat() function combines multiple items into a continuous print output.

Variables can be deleted by using the rm() function. Below we delete the variable var.3. On printing the value of the variable error is thrown.
rm(var.3)
print(var.3)

All the variables can be deleted by using the rm() and ls() function together.
rm(list = ls())
print(ls())

An operator is a symbol that tells the compiler to perform specific mathematical or logical manipulations. R language is rich in built-in operators and provides following types of operators.

We have the following types of operators in R programming −

Email ThisBlogThis!Share to TwitterShare to FacebookShare to Pinterest
Labels: R & its Examples

Redis DB & its use case

Redis is used in thousands of production deploys,

Redis has a proven record of stability. If it runs low on memory, it just evicts older records faster. Additionally, with ElastiCache we can place replica nodes in multiple availability zones and use a single endpoint that will seamlessly switch to a replica if a primary goes down.

2.Performant: Redis runs in memory and we configure it without disk flushes. Its read and write complexity is O(1), so it performs the same regardless of data size.

3.Scalable: Because our sessions expire, we simply set an expiry on our records in Redis and our memory usage reaches an equilibrium, currently at 5GB. If we need to scale further, we can replicate to a node with more memory and then promote it to primary.

Redis is key-value store that stores all its data in RAM.

Redis implements replication using a primary and replica where

•Writes go to the primary. Reads can go to either the primary or replica.
•Writes are replicated to the replicas by asynchronous/non-blocking replication which means that a write is “committed” without waiting to be replicated

•The primary can have multiple replicas, which in turn can have other replicas connected to them

Amazon ElastiCache is a service that provides an easy way to build a highly resilient Redis setup with primary/secondary in multiple zones with automated failover.

After we decided upon our technology, we needed to test and implement it in production without downtime. Building the system and then switching over to it all at once is a recipe for disaster.

we rely heavily on “dark launching”, checking new code into production and then turning on and off execution of that code through a management console for a certain percentage of requests or users.

In the first stage, we wanted to test reads and writes to Redis but still rely on the old setup. Starting at 1% of requests and ramping up to 100%, we mirrored traffic on both MySQL + Memcached and Redis. On every read to MySQL + Memcached we issued the same read request to Redis, and the same for writes. During this testing we gained a lot of knowledge about how the system performed on production traffic.
No comments: